This Programme Cannot Be Streamed Due to Rights Restrictions – Solved Streaming RTE Live!

So this message just seen on RTE Player live – “Programme Cannot Be Streamed Due to Rights Restrictions” and some very similar sounding ones are becoming more and more common in the online world. It’s normally preceded by an attempt to stream a video, or watch a TV show or listen to some sort of internet radio channel. It’s a message with no real upside and basically informs you that based on your physical location this particular piece of content is not available to you.

If you want to solve it quickly then simply subscribe to NordVPN then connect to a server in the matching country !

The last time I saw this was this afternoon when I was trying to catch a cool new show on RTE player the Irish version of the BBC. Most of the site appears to work fine but as soon as I try to watch a programme on RTE player then I’m given this chastisement that it cannot be streamed due to rights restrictions. What it means exactly is difficult to know for sure, however these rights restrictions will only affect you if you’re outside Ireland.

Your Device Location is Checked by Most Streaming Services

However if you are in Ireland don’t worry it will affect you too ! Just about every single decent media station in the world restricts access based on location. You can visit their sites but as you are doing so your IP address is being checked and if you’re in the wrong place you’ll get a message that this programme cannot be streamed – 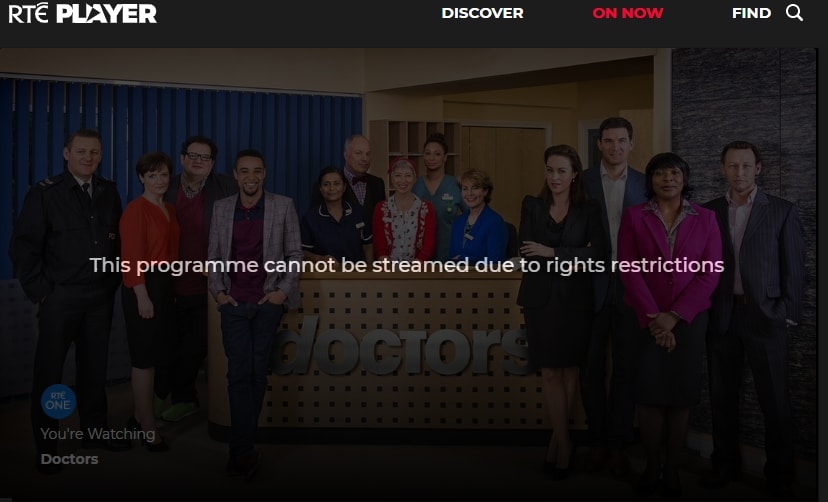 Here’s another one from the BBC that you’ll get if you’re based outside the United Kingdom. Which yes also includes inhabitants of Ireland, even if they’re a hundred yards from the border. There isn’t really a media site that doesn’t practice this to some extent and increasingly this filtering, controlling and blocking is becoming pervasive to our online experience.

It’s an increasing scourge on the online world, and it seems to be spreading. Most video and online broadcasts are restricted whether they’re on an online player like BBC iPlayer, RTE Player or even YouTube. The justification is normally claimed to be due to rights restrictions, presumably that the broadcasting rights to each programme are assigned on a per country basis.

If this is true then it’s pretty crazy that copyright for a global medium is being still assigned on such a restrictive basis. What’s more worrying that this is increasingly meaning that access to information on the internet is becoming segregated based on your physical location. In reality it’s probably more to do with maximising profits and being able to keep different markets separate in order to charge different prices.

To be honest it’s likely to occur on any large media companies streaming sites, They all use a system called geo restrictions which will allow access based on your physical location when you visit the site. All the major UK TV channels operate these restrictions you can’t normally watch the BBC Player abroad for example. You can’t watch RTE Player without an Irish IP address either.

Basically pick any country and you’ll find the same. If you’re outside the domestic market then you’ll normally be blocked by default as soon as you visit the site.

Simple Solution – Stop Getting Blocked/Controlled Use a VPN

For many of us using a VPN service has been something of a second nature for years. The realisation about how little privacy we all have online is becoming a major issue. You may think that everything you do online is ‘private’ and ‘anonymous’ but it really isn’t .

Virtually every website we visit, tracks and monitors our behaviour. Plus your ISP has access to logs which contain a full and comprehensive of absolutely everything you do online. That includes every website, every video you watch, every file you download, every email or message you send. Imagine how much information that contains on each and every one of us, how much of this would you enjoy being in the public domain. 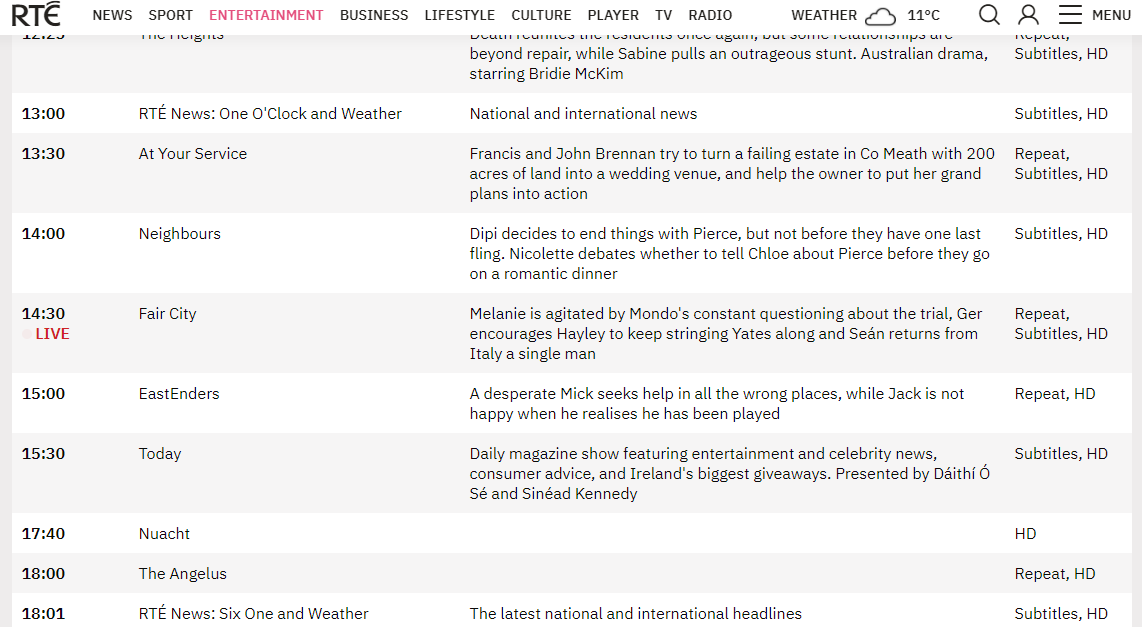 Using a VPN provider to both hide your location and encrypt all your data stops all this. As long as you pick a reputable VPN service who delete all your logs instantly then you’ll regain a large proportion of your privacy online. Your ISP will not have a full list of all your activity as it will be hidden by the VPN server – both the actual web pages and all your data too like emails, messages etc.

Using a VPN to Bypass Geo-Blocks

Yet for many these benefits aren’t even the main reason that they use VPN services ! It’s simply to try and bypass the geo restrictions we mentioned above. Using a VPN means that no-one knows your real IP address which is the primary tool that websites use to block people’s access.  Just watch this video and see how easy it is to do.

As you can see it’s relatively straight forward and doesn’t require any great technology skills. In fact if you choose a simple VPN then it’s merely a matter of selecting the country that you need. A click of a button before connecting to the site can change your computer’s apparent location.

RTE is Ireland’s public broadcaster and has a great online presence. There’s a wide variety of different programmes on it’s channels all of which you can watch live on the RTE player application. You can watch some shows anywhere in the world as there is an international version. However most of the best programmes are restricted to those who live in Ireland and therefore have an Irish IP address.

Not all VPN services have Irish servers but most of the bigger ones do. Remember to check that they have Irish IP addresses and importantly that they are not blocked by the RTE website automatically.

Watch the BBC from anywhere in the world

For many of us, being able to watch the BBC iPlayer from anywhere in the world is the primary reason for using a VPN service. For years fans of British TV , ex-pats and Anglophiles have been using VPNs and proxies to watch the BBC online. Currently you can access eleven channels live most of which stream 24/7 plus the huge on demand archive which sits alongside it. The vast majority of shows are available for 12 months after their initial broadcast.  If you do decide to use NordVPN as your chosen service then check this post which explains which NordVPN servers work best with the BBC.

So by now you’ve probably figured out what you need to watch US only sites ! That’s right, you can access virtually all the US restricted media sites from outside the USA by using a VPN. Just make sure you connect to a US server before visiting the site.  You will then have a US IP address and the majority will work perfectly well. The situation does change however occasionally a specific media site will start trying to block inbound VPN connections but they rarely manage to block them all.

If you do find you can’t get access even using a VPN then check your device settings – make sure they’re set to the country you’re pretending to be in. Also things like Time zone settings can be checked although this is quite unusual.

Plus many, many more! A VPN is the ultimate tool to bypassing these geo restricted filters, you simply ensure that you connect to a VPN server in the right country before accessing the site. So for RTE player you’d need to choose one with servers in Ireland, for NBC servers in the USA and so on.

Fortunately most of the top VPN providers have facilitated this function and you’ll find they provide servers all across the planet under their basic subscriptions. You should always check though if you want to be able to watch a programme from a specific country as only the biggest VPN providers will cover every major country. Especially if they can be expensive to locate in like New Zealand and Australia. Ensure they have either a trial or a proper money back guarantee just in case you find your chosen programme cannot be viewed.

Most of the VPN services will cover North America and the majority of European countries though, so you should be ok with the majority if the channels you want to watch are in one of these locations. If you want a recommendation for a quality VPN provider then NordVPN is worth checking out. It has one of the biggest global networks with VPN servers in more countries than most which means you’re able to stream most content you’ll find blocked.