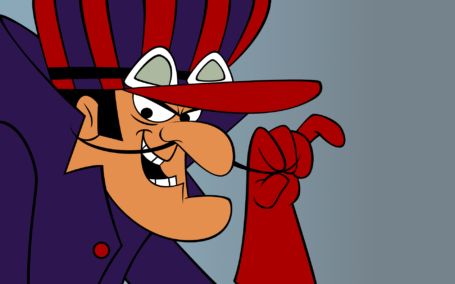 There are of course few sources of entertainment quite as popular as the media company – Netflix.  It’s name has become synonymous with streaming video and entertainment, in fact in some demographics Netflix is becoming a verb.  To Netflix, or ‘I just Netflix’d all night’ means that you simply chilled in front of the TV (or PC, laptop or phone) and relaxed.  You’re never alone with a Netflix account although if you’ve ever travelled and tried to use it you’ve probably been somewhat shocked.

The reason is that although your Netflix account is meant to be a global one, what you can access is very dependent on your location.  So if you’re an American travelling in say Japan and you login to your Netflix account – you’ll be greeted by the Japanese version of the media site.   For some people it’s a pleasant surprise and you may find yourself with lots of new movies and TV shows, but generally for a US account holder it’s invariably a disappointment.  Simply put, the American version of Netflix is way better than any other and it’s likely you’ll end up missing a lot of your favorite shows when logging in to another country’s variant.

So what do you do if you’re stranded away from your preferred version of Netflix? Can you switch back to your favorite or are you stranded? Well fortunately there is a solution to change netflix country although it’s not quite as straight forward as it used to be.

Up until last year, you could easily just use something like a proxy or VPN server to switch to whatever version of Netflix you wanted. Literally millions of people did this and it basically meant you bounced you internet connection off a server in the country you wanted to pretend to be in. So if I sat in Japan and connected to a US based VPN server before I logged into Netflix, it would think I was in the US and I’d get the American version again.

Here’s the problem though, last year Netflix decided that it wouldn’t allow this and came up with a fairly dastardly plan to block people doing this. Suddenly many people found their Netflix VPN not working and received only an error message.  What the company did basically decimated all the VPN/TV watching services over night – they blocked access to anyone who didn’t have a residential IP address. This unfortunately included 99% of all the addresses allocated to the servers and virtually all Netflix VPN 2017 servers stopped working with Netflix.

A huge industry of bypassing the Netflix blocks and filters almost vanished overnight. It even blocked people who lived in countries where Netflix wasn’t deployed yet which was even worse because they lost access completely not just locked into their countries version.

Yes, fortunately the internet normally provides workarounds fairly quickly and now there are a few VPN services which will allow access to US Netflix again.  Here’s how to watch Netflix from other countries – just look for a specialist VPN service.

What they have had to do is buy up residential IP addresses to fool Netflix which will only allow these addresses through their filters. There are only a couple of companies how have managed to do this, simply because these addresses are normally only assigned by Internet service providers and can be difficult to find. So if you’re looking for a way to change Netflix country make sure you check or test this works before buying any long term subscription. Lots of companies have conveniently forgot to update their websites and many still claim they work with Netflix still but they don’t

Our friends at Identity Cloaker have upgraded their Network to include residential IP addresses but currently only support US and UK Netflix access – however it’s recently been rather unreliable in this context.   So to change Netflix country to the US I’d say your better off with another product.    It’s not on the same level security wise but it allows access to all major TV stations online including switching Netflix to the US version.

You can even try out their free trial for 14 days to see how it works.